The reality of it all, “Boyhood,” is a work of art 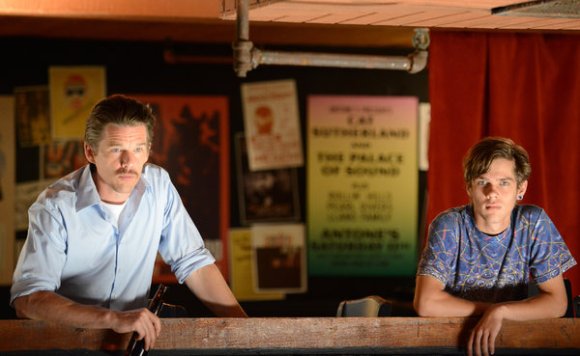 Sometimes I walk out of a movie, like the ‘Dallas Buyers Club,’ and go “WOW.” Most of the time I straighten out my legs, stand up and sigh, “Oh, well.” Then there was my surprise reaction to last year’s SDFF Starz Denver Film Festival Belgian movie, “Broken Circle Breakdown.”  When the movie was over and without warning, I broke into sobs. Then I pulled myself together to get out of the theater and cried all the way home in my car. Last night I walked out of the movie, ‘Boyhood‘ and simply went, “Ah.” I didn’t want to leave and I wanted to hug everyone in the movie. It felt really good.

Richard Linklater‘s newest creation (director of Dazed & Confused, 1993) has taken film to a new moment with Boyhood. The story line is about family. The who & what characteristics of a family and how time marks its growth. The fictional drama (as it is being called) is infiltrated with overwhelming, engaging elements of reality.  Ultimately gifting the audience with real-time changes (braces, baby fat, long hair, short hair) of the entire cast. Filmed for several days each year over a twelve year period the audience becomes totally mesmerized with the characters. There’s only one you’ll really hate and I’ll let you figure that out. The son, (Mason) Ellar Coltrane, is the obvious break-out star of this epic reality drama who is so endearing and interesting, even at six years old, you hope and pray throughout the movie that he is always ok. His sister Lorelie Linklater (Samantha) is the quintessential ‘it’ little girl. She’s the tiny, sassy Britney Spears brat-fan of 14 years ago and, before our very eyes grows into a beautiful young college student. Mother, Patricia Arquette and father, Ethan Hawke, are equally compelling.  They masterfully depict ongoing, every day life everyone can identify with at some age and period of adulthood and parenting. Boyhood proves that they are two of the best actors of our time and definitely adept at being in the moment.

Filmed in Texas, where director Linklater lives, the movie reverberates with memories.  Anyone who has ever gone to school there, lived there or visited Houston or Austin enough, will feel instantly at home and a little homesick. You even get to peek inside The Continental Club and Antone’s, Austin’s still hottest spots. Linklater knows what’s important to a Texan.

I would love to go on & on about this masterpiece. But, you need to see it. You will leave the theater reluctantly, but visually and emotionally content. Orson Welles had his ‘Citizen Kane.’ This is the era of Richard Linklater.

I sort of dread the for certain, poor copycat ‘fictional dramas’ that will surely follow but more of this good fictional drama is something to look forward to.  I am hoping it will evolve into other wonderful dramas that satisfy as this one did. But for this movie season, it’s ‘Boyhood,’ the movie. It will remain a work of art throughout movie history.

It’s playing at The Mayan Theater on Broadway.

Denver loves everything that makes us happy!

Thank you for your likes, posts, comments and follows. It was a great year and I love you for hoping on this ride with me. Please tell your friends – if you think they’d enjoy reading Denver Art Matters. I promise to make some interesting new posts along with a few surprises I have up my sleeve.

Much appreciation and gratitude to you, my DAM readers,

photo & sculptures from the Downtown Denver Art Festival, May 2013

MCA says see it while you can

I Love You, You’re Perfect, Now Change is closing October 14

Four actors take on the lives of more than 20 characters as they face the trials and tribulations of dealing with the opposite sex.  I LOVE YOU, YOU’RE PERFECT, NOW CHANGE is the perfect date-night comedy for adults.  Everything you’ve secretly wanted to know about dating, mating and marriage but were afraid to ask!  Parents who talk baby talk, men who talk and women who pretend to listen, infidelity, and the injustice of long lines at the ladies room are just some of the issues that are hilariously skewed in Joe DiPietro’s hugely successful chamber musical.

I saw this on opening night and it was refreshing and genuinely funny and relevant. If you haven’t seen this show this time around, trust me, it is fabulous and worth the time and effort. Male and females laugh out loud through out this smart and clever look at men & women looking for love.  DAM (Jan)

DIXIE’S TUPPERWARE PARTY stars Dixie Longate, who has packed up her catalogues and left her children in an Alabama trailer park to journey across America. Critics and audiences have howled with laughter as Dixie throws a good ol’ fashioned Tupperware Party filled with outrageously funny tales, heartfelt accounts, FREE giveaways, audience participation and the most fabulous assortment of Tupperware ever sold on a theatre stage. Loaded with the most up-to-date products available for purchase, Ms. Longate will share how she became the number one Tupperware seller in the world as she educates her guests on the many alternative uses she has discovered for her plastic products.

Tickets may be purchased at the Denver Center Ticket Office, located in the Helen Bonfils Theatre Complex lobby. Buy and print online at denvercenter.org.

The 16th Street Mall, is not in Miami, not in NYC – just Denver.  It’s where plodding horse and carriages move up and down the mall in sequence with the free RTD buses, sharing the historic & modern, concrete-tiled downtown main street with a bustle of people and cyclists who expertly dodge in and out of the buses, know their way around the big horses and slackers. It’s a happy gathering for the homeless (itiswhatitis), the elite, suburban teenagers on their way to Elitche’s and happy dogs socializing on the street.

Cure your summer heat attacks with evening concerts, public art, food carts (Casa Cuba my fav), fyi: carts still selling illegal knockoff purses just off the mall ( shhhh), watch the permanent chess boards where games are in session all day, all night. Stick your nose into Lannie’s Clock Tower Cabaret for rip roaring entertaining burlesque or if you’re lucky catch Lannie herself for the best live entertainment in all of Denver. Relax at Red Square Euro Bistro for fig, dill and apricot infused vodka (& many more flavors), or the Hard Rock Cafe, Paramount Theater, the Rock Bottom Brewery (watch for their on the mall Friday concerts – Jakarta last Friday), Overland Sheep Company, and the most outrageous food overload ever at the Cheesecake Factory.  Get on down there for a virtual plethora of entertainment, music and people watching.

New York City BBQ in Denver – must be a mistake

Meyer, whose cadre of restaurants includes Union Square Cafe, Gramercy Tavern, The Modern and Shake Shack, will send chefs from Blue Smoke, his barbecue spot, along with eight other pitmasters representing barbecue joints from across the country to the Denver event.

“When we first learned that Danny Meyer was exploring the idea of expanding the Big Apple BBQ event to an additional city, we wanted to see Denver be that city so we actively competed to demonstrate that Denver could handle the event and that we are a great city for the event,” said Joe Vostrejs, chief operating officer of Larimer Associates.  “Now we have the event coming to Skyline Park in August, I am thrilled to not only have such a nationally recognized name behind it, but to also have such a distinctive event in our city.  I am confident it will be a huge success for Denver and I cannot wait to see what it will do for the Downtown Denver food scene!”

FYI: I am posting this from www.Blacktie-colorado.com, Penny Parker, because I want to make sure all my peeps are with me for this.

Little Rock’s The Pit BBQ will always remain #1 in my heart. 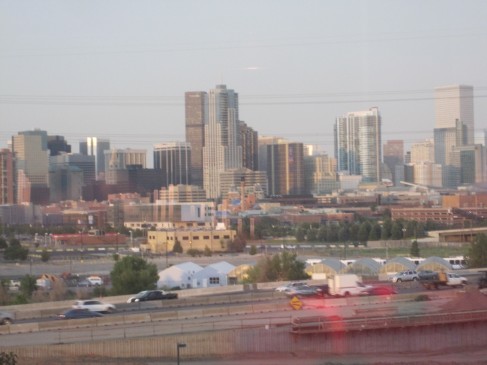 I said I’d post this event yesterday to complement Mat Gleason’s Huffington Post article on why artists shouldn’t donate to charity events. (See his post below).  In respect to the many charity events I’ve donated my time to through the years this event was exceptional. All one had to do was look at the sea of art and rainbow of people at the Bronco Stadium/Mile High, United Club Room, Thursday night.  I overheard there were 1,200 people in attendence and, the last auction item I witnessed, sold for $3,000. I checked periodically on the silent auction pallette-paintings and not one had a bid of less than $100. There were over 100 pallette paintings by local artists.

Following the Boot Scootin’ Boogie over to the live auction where the event took serious wing, people were introduced and thanked for their support.  The programs were explained while a pretty, local tv celeb presided over the chitchat.   Sadly, I didn’t hear the announcement that Candice Pulliam, after 12 years as the queen of art gathering, sorting, labeling, handling, and curating the event, was hanging up her cowgirl volunteer spurs.  It was Pulliam who created the non-pareil pairing of professional artists to the Denver patients in art therapy. This bit of brilliance was instrumental in creating an eminent and prosperous program that brought to the gavel desirable and valuable art. Through Pulliam’s efforts and year long labor of love, the association has been successful in raising hundreds of thousands of dollars for Alzheimer’s research through the silent and live auctions.  It should be noted that through her expertise and strong relationships with local artists, she annually lassoed a herd of artists and, we’re talking well known artists: Zoa Ace, Anita Mosher, John Harrell, Kit Hevron Mahoney, Madeleine O’Connell, John Ambrosino and hundreds of others who donated original art and time to this organization.  Candice’s success gave credence to the many art requests artists so dread. In turn, despite her hesitancy to ask, Pulliam knew that bringing well-known artists on board equaled money for this event.

Here’s  a big thank you  for the kindness and respect Pulliam has shown the organization and especially for the art and artists – next year will not be the same without Candice. Note: Perhaps Mat was right-on in saying that art charity events have become tiresome and costly to careers. 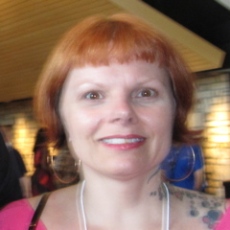