Leave a comment
By Denver Art Matters DAM loves this

Hang on to your boots Denver, there is a new restaurant about to open at 1518 South Pearl Street in the former Izakaya Den.

From the concept director for the Breckenridge|Wynkoop brewery, Lisa Ruskaup spent days and nights conjuring  the perfect globally inspired restaurant. She had one recurring phrase from which she worked, from beer lingo “sessioning beer” meaning to share more than one beer.    With that, Ruskaup ran with her envisioned synthesis of eastern and western energy, art, culture, music, food, and spirits into one meeting place. The brain storm and conceptual reality is called Session Kitchen.

When I went to visit Session Kitchen I was confused. I thought it was a gallery or maybe a restaurant since the word kitchen was part of the name. On arrival the enormous space was bustling with activity. Workmen, architects, carpenters, electricians. They were in the midst of morphing this space, literally. I discovered it is a restaurant in a gallery.

Lisa did her homework.  She knew the synergy she was looking for – create an international space where people would gather after a day well lived, surrounded by the calm of eastern culture and the hip side of western life. Instinctively, art would be the reasoning. She was an art lover with little or no idea where to find the tangible imaginary art she envisioned. On her nightly web search she discovered Pinterest. That’s when the fun began. Going through page after page of artist’s pins was an awakening. Here was a plethora of new, edgy, street artists from all over the world whose work spoke to her concept for Session. Not only did she find the art she had in mind but she made use of one of today’s most addictive and curious social media outlets. So yes, artists out there, start pinning your work.

Scheduled to open to the public October 25, 2013, this is an interesting destination for enjoying art and food. Chef Scott Parker from Table 6 is taking charge of the Session Kitchen, and the art is international and edgy with a street art theme of vivid, bright flat red, black, blue, white, a la tagging. 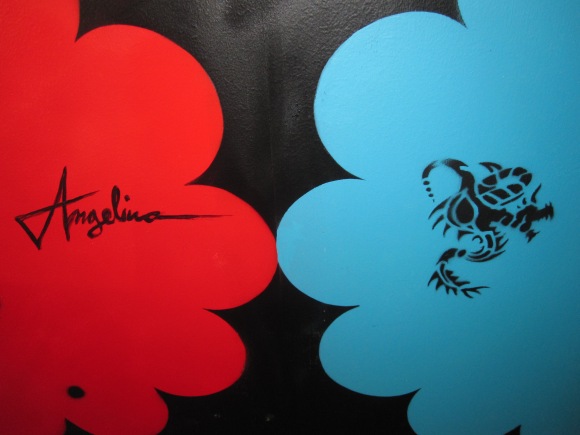 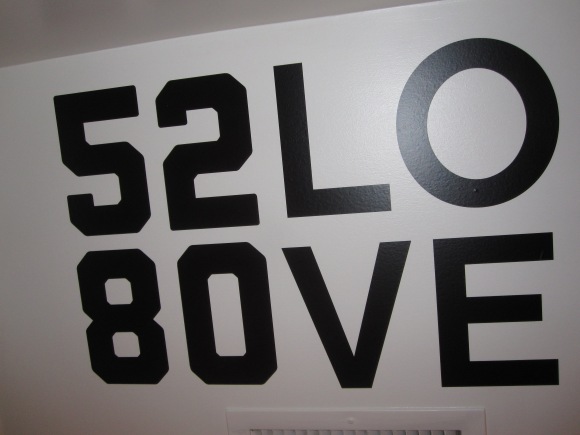 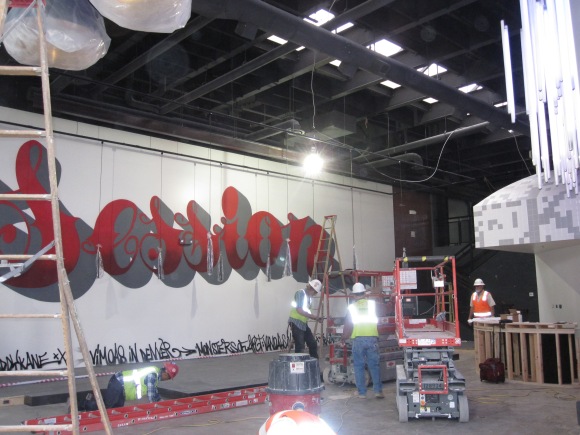 The artists came to work.  Ben Eine, an internationally known street tagger, famous for ‘Alphabet Street in London arrived in Denver. Other guests arrived including tattoo inspired artists Fin Dac (London) and Christina Angelina (Venice, CA). The floor to ceiling, two sided curved wall they painted – his side blue, hers red – juxtaposed into stark symbols of street art.  Other artists invited were Mear One, Los Angeles. Check out the south side of the building for his brightly painted fusion of eastern ideas with graffiti-style fine art.  The list is long – Abner Recinos Meija, Guatemala, Chris Sessions, Boulder, Andy Gregg, Michigan, Emi Brady, Denver, Jen Lewin, Boulder, as well as architect Steve Perce from the Bldg. Collective, Boulder, who incorporated the essence of Lisa’s Session Kitchen with elements of movement, music, light, art, sound and repurposed materials that are seamlessly tied together.