Leave a comment
By Denver Art Matters Fun in Denver

It snowed all day yesterday, but I saw purple and yellow crocuses blooming Sunday. I’m sure spring is close, I had the first whiff of thawed earth this weekend. Winter is waning I know, because PR people are sending out ‘Mark Your Calendar,’ releases to the media informing us the party is starting. And so it is, the best time of the year in Denver is revving up.

It was beautiful last Wednesday when I went to the new restaurant, Old Major, for a media food & wine tasting. The name Old Major was taken from the boar in George Orwell’s Animal Farm. From start to finish the only thing I could complain about was the bright, hot sun beaming down on me, and only me. There was nothing to do but suffer. The manager felt my pain and stood so that his head shielded me from the brightness here and there, but until the fireball went down, I was in the sun light, and, though I know better, I wore my sunglasses throughout the food and wine tasting. The lastest hippest foodie restaurant is in LoHi, 3316 Tejon, I expected an older home to house the so-called rustic kitchen. The building at one time was a roller rink but I saw no evidence of that. The interior was redesigned in dark rustic, wood, brick & glass, using the kitchen as the center piece. Diners can see through the glass partition to the working kitchen. The food being prepared in there rocks. Like South Carolina’s new wave of chefs, such as Sean Brock, whose rule of thumb says every item served must be grown in, and have historical relevance to the region, Chef Justin Brunson, while not a Southerner, is from the same school of thought. Even though Colorado is not as rich in year-round vegetables and herbs, the staff and chef focus on serving food from local farms with no genetically engineered vegetables or grains, and they are basing their reputation on serving heritage-raised meats. Old Major is innovative. They’ve introduced the idea of nose-to-tail butchery. That means every part of the animal has a purpose and distinct flavor. The last dish served to the slathering media, before the thick, silky, creme brulee arrived garnished with a crisp, flavorful strip of bacon, was a thick juicy pork chop from Zimmerman Pork Farm in Hotchkiss, Colorado. It was to die for. With the advent of the Food Chanel, food has become a fine art form that everyone can enjoy. Like all artists, today’s chefs must be educated about their craft, knowledgeable of their region’s bounty of food and know what’s available in what month. But it’s overseeing quality first that is the test of artfulness. Using Sean Brock’s recipe for the PIE Theory, it’s evident Chef Brunson is on top of the formula for fine, tasteful dining. PIE = Product, Inspiration, Execution. 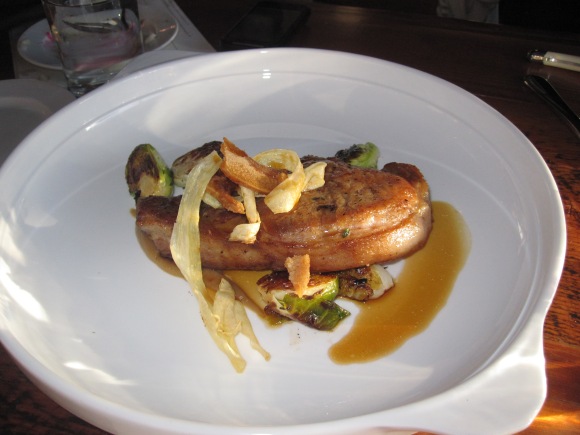 Catch Me If You Can

After a delightful 2 hour Old Major’s experience, I raced over to the Denver Post for a presentation by authors, then left early to get to the Buell Theatre for “Catch Me If You Can.” I love musicals. This one was zippy and fun. There was something less-highly-polished about this production compared to say, “Memphis.” It could have been that the trucks carrying the sets were stranded in Kansas due to the weather, so opening night was Wednesday instead of Tuesday. When it comes to the story behind this brilliant but unlikely con man, most people like to add that, ‘He shouldn’t be applauded for his crimes.’ I find it fascinating. Without doubt, Frank Abagnale, Jr., was a world-class con-artist. It’s hard to believe that a 16 year old young boy/man, was able to convince professionals that he too was a professional pilot, doctor, lawyer. In real life, Frank must have been a natural, handsome charmer. In the Denver production, Stephen Anthony / Frank had me convinced. He was equal parts engaging, cute, well-mannered, curious, innocent and he capably carried off the character of a young boy in trouble, sinking deeper over his head, but doesn’t know how to stop doing the bad things he got himself into by mistake. Stephen Anthony could sing and dance to boot. It was fun to watch even if the entire production was a bit road weary. There was a rhinestone or two missing on opening night but, perhaps the real problem was they just didn’t have time to get their costumes cleaned and sparkling for a delayed opening night. 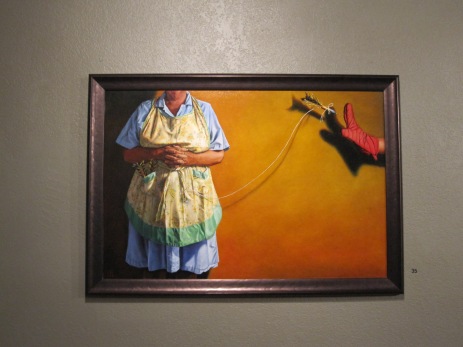 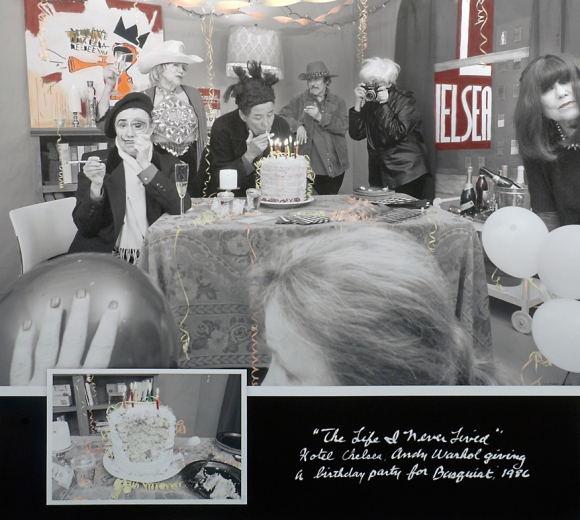 In keeping with the March theme, Month of Photogrpahy, at Walker Fine Art, 300 11th Avenue, my choice for best-of-night was photographer, Sally Stockhold and her “The Life I Never Lived,” series.  This woman is amazing. Notice, every person in the shot is my favorite artist, Sally Stockhold.